Image by Monika Schmidt from Pixabay

Nice and plump, not too skinny but not all fat as well.

I bet they’ll be juicy too.

No, I meant your fingers.

Prompt: In Other Words, delicious…

Wow, looking at this list, I’m an absolute glutton!

Every Saturday, I will share three things that I believe to be the simple things in life, yet things that make me extremely happy. I invite you to do the same.

Now, it’s your turn! Share with me three simple things in life that make you happy. Please reblog, share this post, and give others a smile and a little bit of love. If you reblog the post, please ping or tag my blog and use the words “Simple Things” and “Happy“ as your blog entry tags.

Are you ready, folks? Can we keep the love flowing by sharing the simple things that make us happy? This is our The Simple Things Share Post #2. Have fun and let the happiness begin! 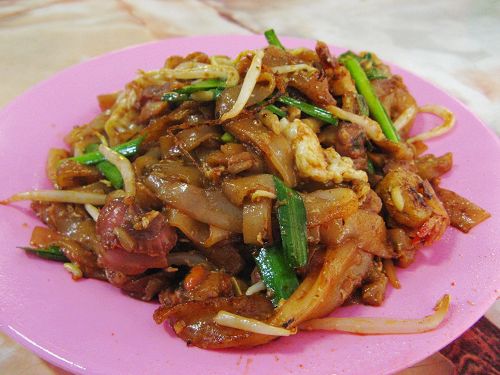 He has had a strong desire for some Singaporean fare for a long time, especially for char kway teow – ooh, that sweet and savoury flat noodles made from rice and stir-fried with fish cakes, eggs, vegetables, bean sprouts, sauteed pork, prawns and cockles.

Working overseas for so many years, he misses that fragrance.

And keeping in contact with his friends on Facebook is not helping either, since they are all foodies.

He raises an eyebrow when he sees an email coming in and his heart skips a beat – it is a common knowledge that the company has not fared well for a long time.

Oh well, it is a good time as any to return to Singapore for a plate of char kway teow.

In spirit of Singapore’s National Day (9 August, by the way, which is a long holiday I’ve been looking forward to forever), I decided to demonstrate my love for my country. And what is better than showcasing one of our favourite food in Singapore?

I always feel that writing about Singapore is difficult because not many people abroad really know who we are and our mangled use of language does not really help. The only thing most people know about Singapore is probably when Donald Trump accused us of stealing jobs from Americans. Or that we are always ready to whip anyone who commits a crime since the Michael Fay incident and the German vandalism ( Andreas Von Knorre and Elton Hinz) incidents.

But let me steer clear from governmental politics and introduce something that unifies many people – food. We share many similarities with Malaysia and Indonesia, although the culinary sense varies and sometimes, even from state to state with Malaysia or Indonesia.

But char kway teow is so mangled, just like our use of language, that I truly believe an authentic dish of char kway teow can never be found anywhere else.

Do not ask me about Singapore noodles. I have absolutely no idea which bright spark came up with that. Or how it made into Robert Galbraith’s (JK Rowling) novels. Twice. *roll eyes*

Rules of the hop:
Write 6 Sentences. No more. No less.
Use the current week’s prompt word.
Come back here on Thursday, link your post…
Spread the word and put in a good one to your fellow writers 🙂